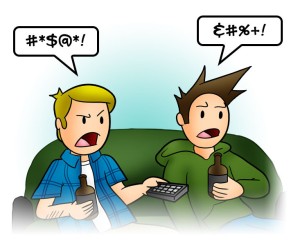 “The resort was way out in the wap waps.”
–> You may want to make an explanation, or consider using a different term, as many readers won’t understand this term even though it is a common term where the story takes place. Also, the word “wap” unfortunately also has a lot of “derogatory” meanings, so it’s best to be clear about what it means here–or you could use a different expression (google “define wap waps” and you’ll see what I mean…).

“Our first winter there we experienced temperatures of minus 40 degrees.”
–> You might want to indicate C or F when indicating temperatures, in case you have readers from different countries. Americans, for example, would likely assume Fahrenheit, while Canadians would probably assume Celcius. And while -40 happens to be the point at which Celcius and Fahrenheit meet for a moment (Surprise! Did you know that?) another temperature, such as +40 Celcius which happens to be +104 Fahrenheit, could be quite confusing!

“I was determined to buy economical, healthy groceries but in a weak moment splashed out on a 2-litre tub of fudge chocolate chip ice cream.”
–> “Splashed out on” is a common British expression–but in Canada and United States we generally use “splurged on.” Keep your core audience in mind! (On the other hand, if you’re trying to include a British flavour in your writing, this might be a case in which the context of the sentence does explain quite well what you mean, so using “splashed out on” could be both understandable and help show the speaker’s British background and accent).

“He ate in that crude smacking and slurping way, the way the Orientals sound when they eat with their chopsticks.”
–>Hmmm … I’d seriously think about leaving this out–or at least the second half of the sentence. It could be quite offensive to some readers (and not just “Orientals” but anyone who finds it racist–and crude!). If you really want to include it, you might make it a thought or comment (dialogue) by your character who is definitely racist (and crude). But to include it as just part of the storyline/narrative is pretty iffy…

“There was an assortment of spanners lying on a bench.”
–> Another British expression. Canadians typically use the word “wrenches.” And again, the term “spanner” is also used in slang as a derogatory term (check out urbandictionary.com).

“The factory had suffered an electrical circuit shortage.”
–> This is another British term. In Canada, we’d say “short circuit” – but on the other hand, at the time of the story in the late 1800s, the British term might have been quite widely used in Canada so it could fit–always research these kinds of things to be sure. And probably most readers would be able to figure out from the words in the expression what it referred to. Still, you do need to keep your audience’s understanding in mind.

“Whatever she cooked or baked, it was so scrummy.”
–> I had never heard “scrummy” before, so I looked it up. The dictionary says it is informal British slang for yummy or delicious. Well, that does make sense in the context of the sentence, and it does sound a lot like “yummy.” So it’s understandable, I guess! But do you want your reader to have to possibly slow down for a moment to ponder the meaning–or even have to look it up? And then there’s the fact that “scrummy,” for people unfamiliar with the term, might create a picture in their mind of a rugby scrum, or a team of suit-wearing experts working on a complex project, or even a group of Canadian politicians holding a scrum–a lively news conference–on Parliament Hill!

Did reading the above examples help you understand the need to self-edit carefully, to ask a beta-reader to check your writing, and to think carefully whether the use of dialect, foreign terms, and slang in your story is accurate and/or makes sense, will be understandable by your readers, and won’t be seen as offensive? What did you learn from these examples? What examples would you add?