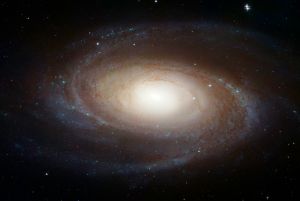 Think about your favourite science fiction or fantasy story–and the amazing “world” that the author has created for it. How do writers come up with these fantastical ideas? We’ll be exploring this topic together over the next few posts.

Speculative fiction includes science fiction, fantasy, horror, superhero, dystopian, utopian, and other similar genres. These genres can be mixed together and form unique new sub-genres with surprising new worlds and ideas: vampires in space, techno-mages, superheroes in parallel worlds and whatever else your imagination can conjure.

Rules and systems: Whatever fantastical “world” you come up with, remember that it has to “make sense” and be “believable” to your readers. Worlds have “rules” and “systems” — physical, metaphysical, magical, societal, governmental and more — and you need to establish those rules and develop your plot and characters from them.

Borrowing ideas: Can you borrow ideas from worlds others have already created? Certainly, you can get “inspiration” for plot and world ideas … and you can follow classic story development. While you can get ideas from modern books and movies, don’t forget classic texts (Shakespeare, The Bible, The Iliad/The Odyssey) and characters from classic literature. Then consider, for example, combining modern scientific and technological ideas with classic characters (a fantasy Sherlock Holmes? A galaxy jumping Ulysses?). Ancient stories have provided us with plot outlines that have been used in even the most famous modern sci-fi and fantasy genres. The “hero’s journey” is a great place to start!

Science Fiction: If a story is set in a universe that follows the same general rules as ours, it’s science fiction. In general, science fiction is about “what could be but isn’t.” Like our world, it is basically involved with science and technology, and magic is rarely invoked other than some “metaphysical” references/beliefs. Some “rules” of science fiction include:

Think about the science fiction you have read and/or watched. What worked in those worlds? What didn’t work? Why didn’t it work? What other tips would you suggest to authors who want to write sci-fi? (Please share your thoughts in the comments).

Fantasy: This genre is set in a universe that doesn’t follow our world’s rules. In general, fantasy is about “what couldn’t be but is” (because you’ve invented a world with new, different rules, and your story’s plot and characters fit with this new world’s systems). Fantasy almost always involves some level of magic, rather than relying on scientific rules.

Some fantasy rules to consider are:

What other fantasy rules can you think of, based on your own reading and viewing of fantasy and your own experiences writing fantasy? (Again, please share your thoughts in the comments).

What else should you consider when creating worlds? Don’t forget the basics of all good storytelling:

Read, Watch, Listen and Write: Read as many books as you can. Watch as many different types of movies and TV shows as you can. Especially look for ones that are high quality and/or ones that are truly unique, creative, different than the norm. Remember, the more you read and write the better writer you become.  But while you can draw on a favourite author’s style, don’t forget you develop your own ideas, voice and spark that makes your writing different (unless you are writing “fan fiction” … but that’s another topic).

The title for this post included “mapping” worlds–and we’ll be getting to that in upcoming posts. We’ll also look at topics like the “hero’s journey” and other ideas related to creating worlds. Stay tuned!